Since 2012, WARECOD has supported local people to conduct local knowledge research (Thaibaan) in three communes in the flooding area of An Giang and Dong Thap provinces in Vietnam. The most important outcome of this research has been that villagers have gained the confidence to participate in dialogues with authorities, and have a new willingness to share their findings and ideas with other communities regarding the conservation and protection of water resources, and associated ecosystem services. The communities have been using the knowledge that they have gathered and documented to plan for better management of the water resources in their villages.

Based on the successful results of these projects we are planning to expand our work to four other communities in Can Tho (middle alluvial area), and Soc Trang and Bac Lieu (coastal area). By expanding the Thaibaan to other representative geographical areas of the delta, we aim to (i) compare how communities depend on ecosystem services for their livelihoods and nutrition across sites, (ii) better understand upstream-downstream interdependencies, and (iii) strengthen the connections between different Thaibaan groups in the Lower Mekong region.

This project was completed at the end of 2016. A final workshop was held at Can Tho University: read the news story and see photos of the event on their website.

Photovoices, images paired with text, were produced by the villagers in collaboration with project staff to highlight the results of their Thaibaan research: 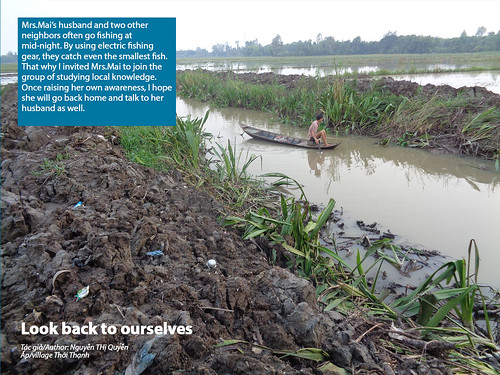 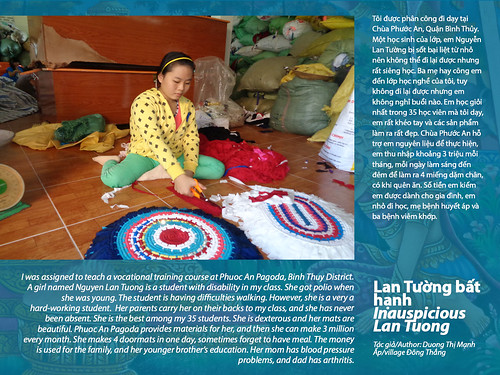 A film on local research and ecosystem services was produced by the project’s media partner, VTV2:

A post was written about MK26’s work in the delta titled Knowledge brings behavior change.

A journal article, titled the Impact of irrigation system on the livelihoods of fishing communities in Cà Mau Peninsula, Việt Nam, was published in the International Journal of Scientific and Research Publications, Print version Volume 6, Issue 7, July 2016 Edition ISSN 2250-3153.

Final report on Thaibaan research, Can tho and Bac Lieu (in Vietnamese)

We use cookies to ensure that we give you the best experience on our website. If you continue to use this site we will assume that you are happy with it.OkPrivacy policy